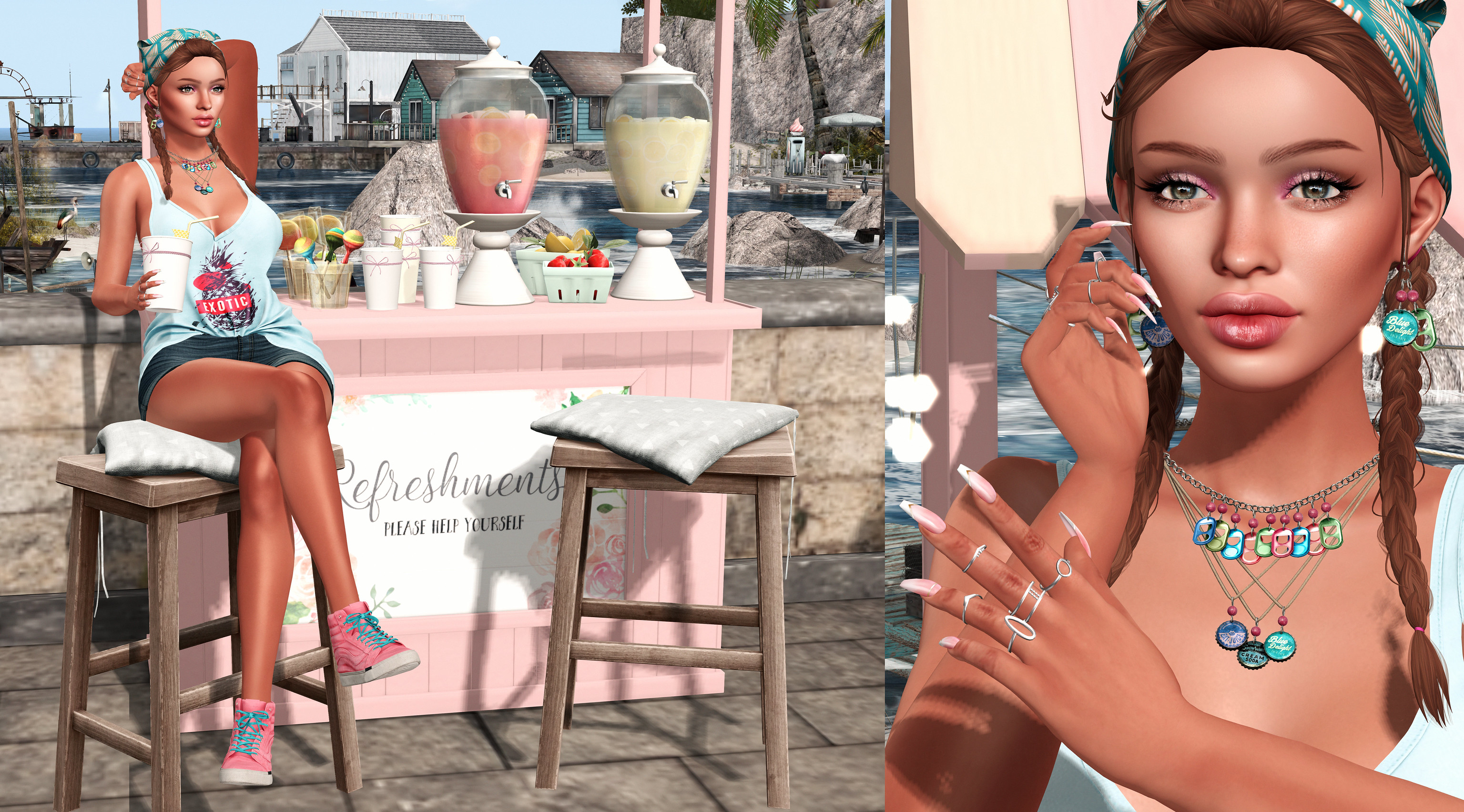 Hello my lovely readers! I’m so excited to share the newest release from Jian with you today, Elephants! Yes, beautiful majestic African Elephants.  I have always been a huge lover of elephants in RL, since I was young (they are my spirit animal), so I’ve always hoped someone would make them in SL.  Jian, did NOT disappoint. They are so realistic and come in both a companion or wander option, there is also an option to ride on their back if you like. Fear not, the prim (or land impact) is not high at all so almost anyone should be able to have a pet elephant if they want! I hope in the future they make some baby elephants since they are so adorable.

While out looking for a location to take my pictures I stumbled across the Huatulco sim, that was just the perfect landscape.  If you are looking for a sim that is incredibly unique with a safari type feel to it, this is your place.  They also allow you to rez! 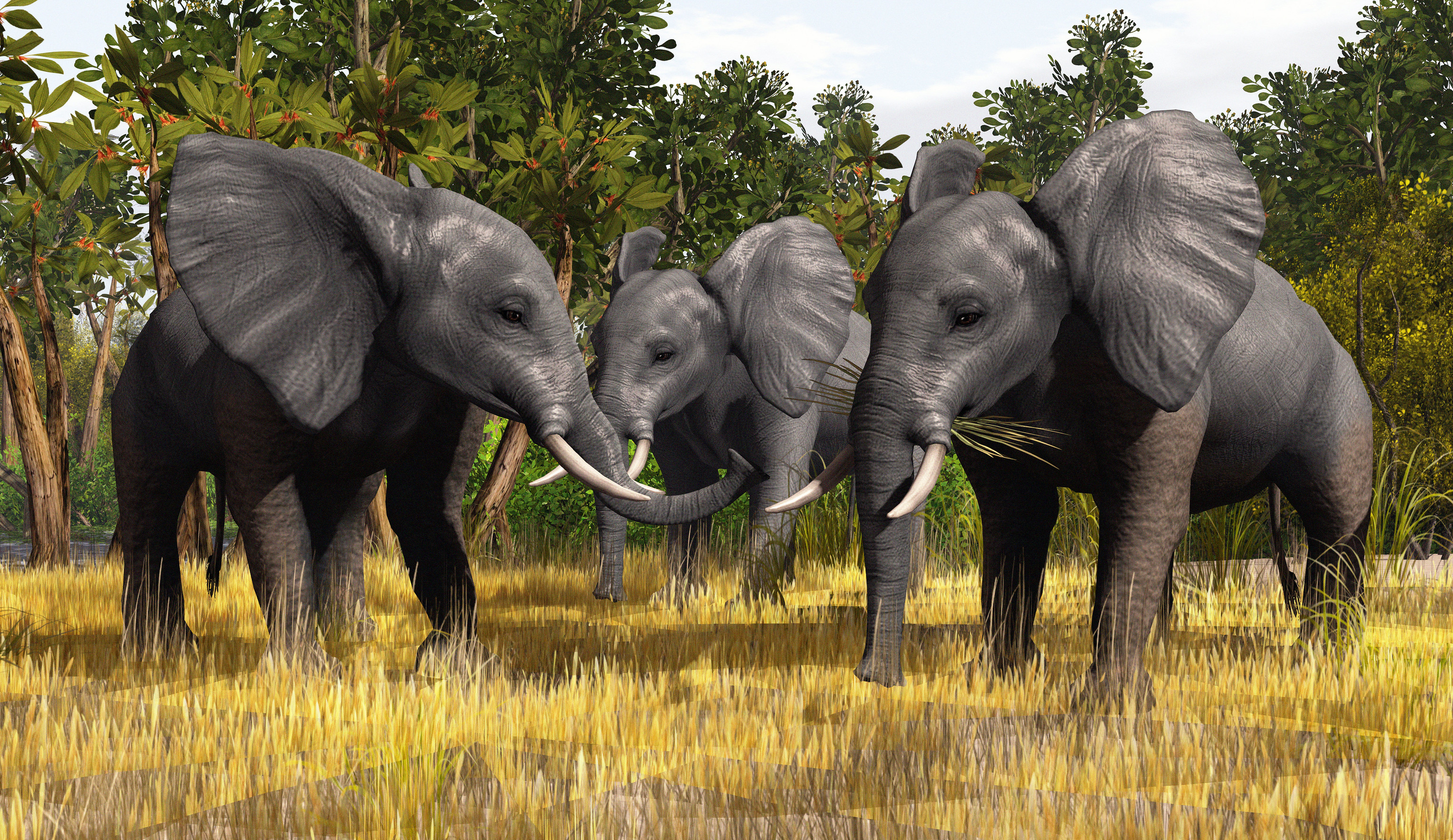 Hellloooo. Today I have another fashion post for you inspired by the bright sunflower umbrella from Luanes World that just seemed to be a perfect fit with the gold gown from Baiastice and crown from Exile. 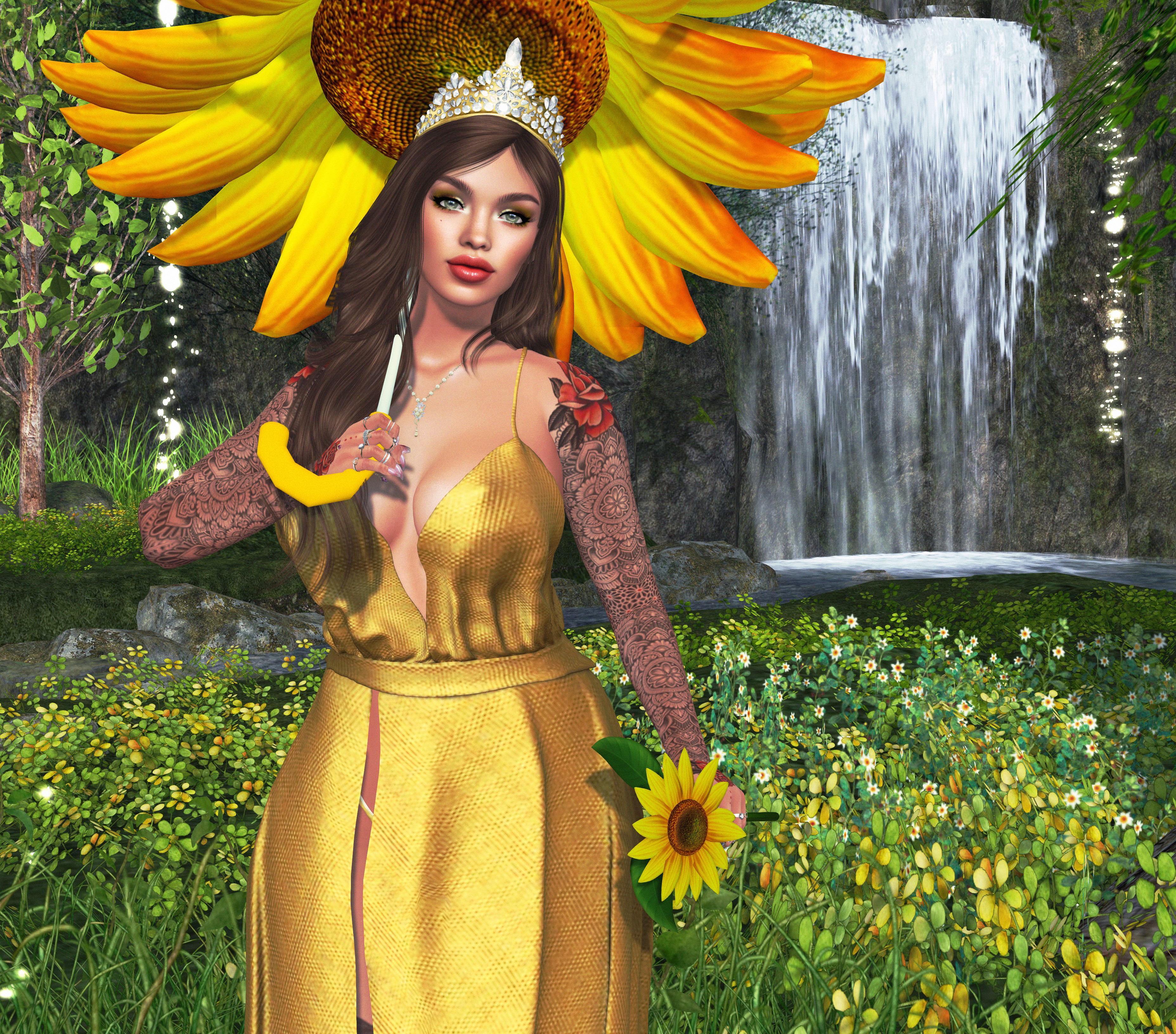 Today’s post I bring you another amazing look from Blueberry that I paired with gorgeous hair from Truth and jewelry from Cae, not to mention new heels from Breathe.  My pose is one of the many animations in the Holidays in Capri sea rock that is from DaD and available in the upcoming, and sadly last, Deco(c)rate box on June 8th. 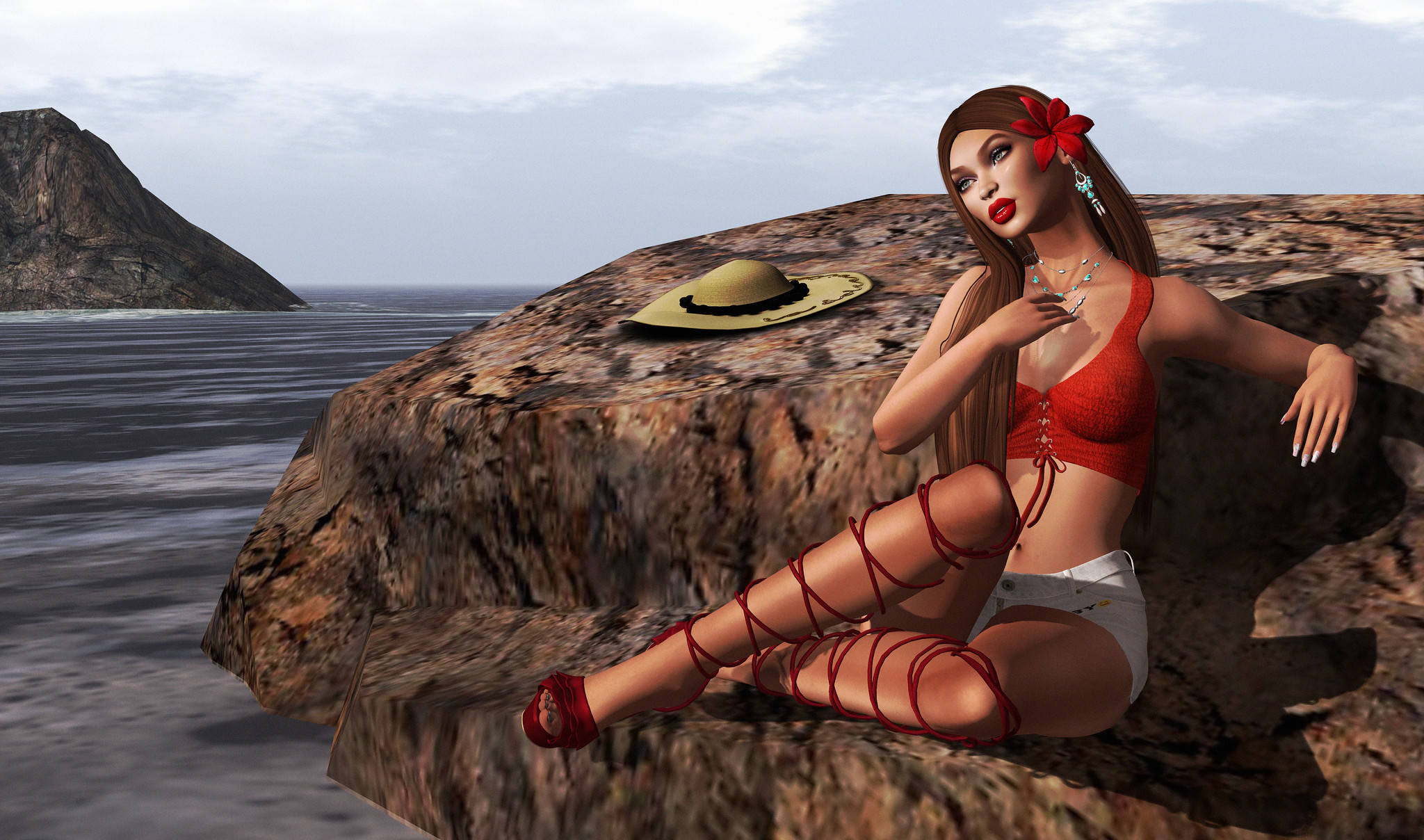 Hello my amazing readers.  Sorry that I disappeared for several weeks, but I decided to take a real break from blogging for a short time to focus on my real life health so I could return renewed and revamped.  Every now and again we have to take the time we need to focus on ourselves, it’s something many of us often forget, I know I do.  Happy to say, I’m feeling much better and hope that means I can continue to bring you more creative and inspired work.

Today I bring you beautiful new work from NIU, White Widow, Cae, Veechi and An Lar Poses.  Surrounding me is the gorgeous Ivy from Dysfunctionality that can be found at Blush. 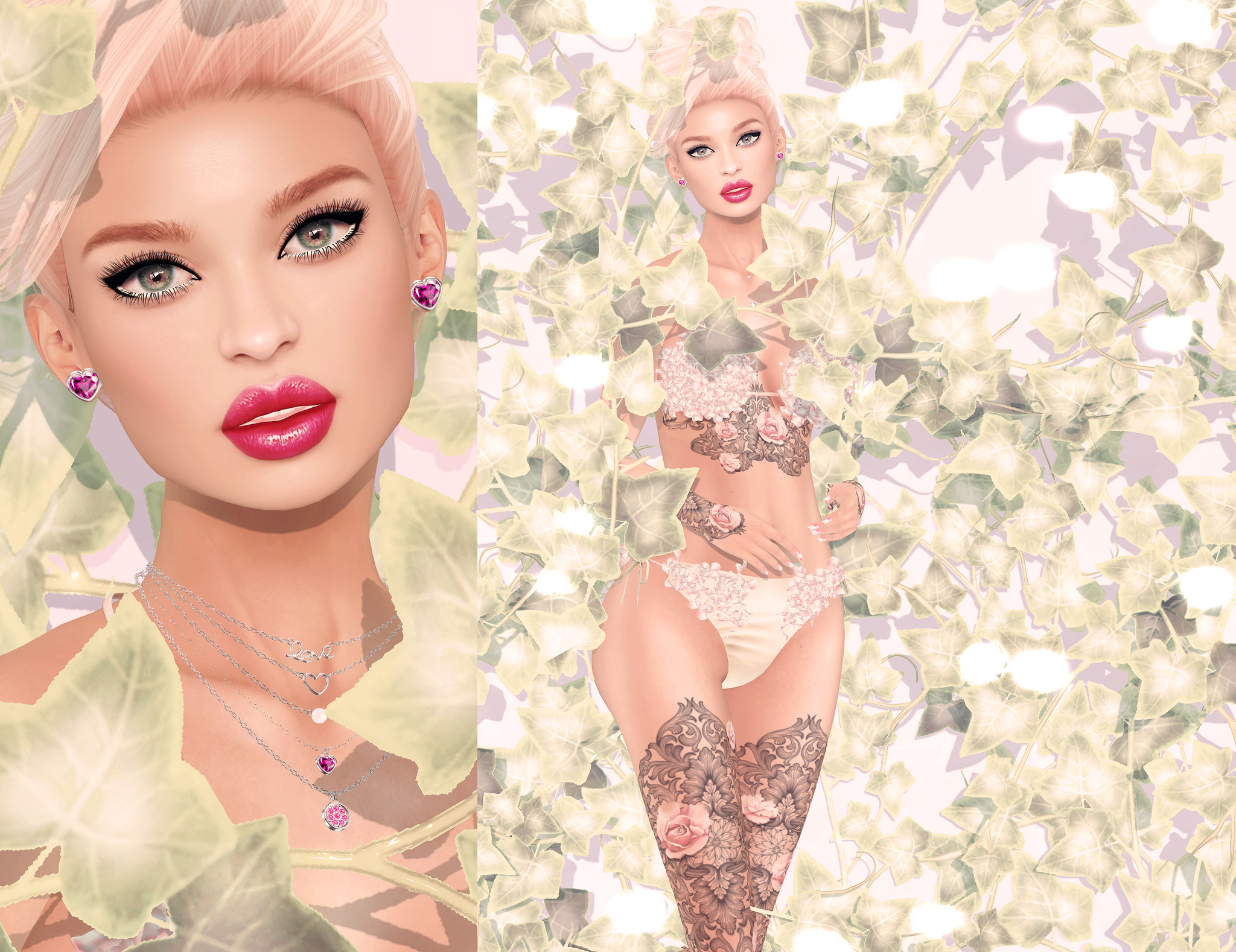 Hair: Exile – For The First Time, Wildcards @ The Trunk Show

The Fetish Fair hit the grid and it’s certainly bringing the sexy.  From Mon Cheri we have the Adored harness/pasties set which I paired up with super sexy heels from Breathe also at the event.  These items went perfect with new choker from Indulge Temptation, super sexy tattoo from White Widow and even more sexy pose from Infiniti Poses.  I also have to mention the bed that I’m laying on from Chez Moi that can be found at The Chapter Four. 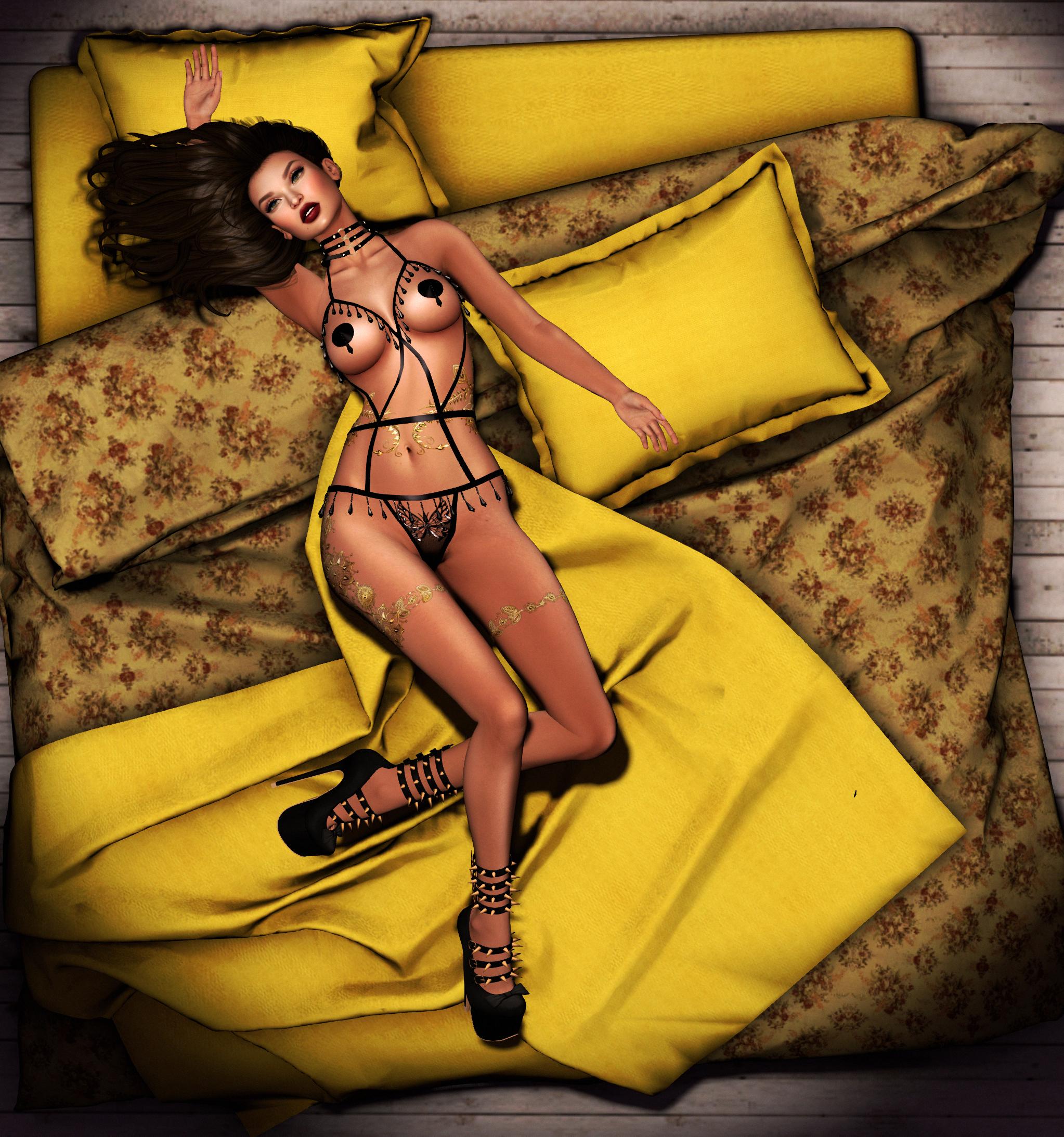 Hey my readers!!  Today’s post is all about fashion with two looks I put together inspired by newness from Exile, Alt, Breathe, Izzie’s, Blueberry and Vinyl.  I also worked some on learning more tricks in Photoshop so I was able to, finally, get two of me in one photo!  It may sound simple, actually it IS simple once you figure it out, but it seemed to elude me for awhile. Ha!  Anyway hope you love the post and go check out the goodies around the grid! 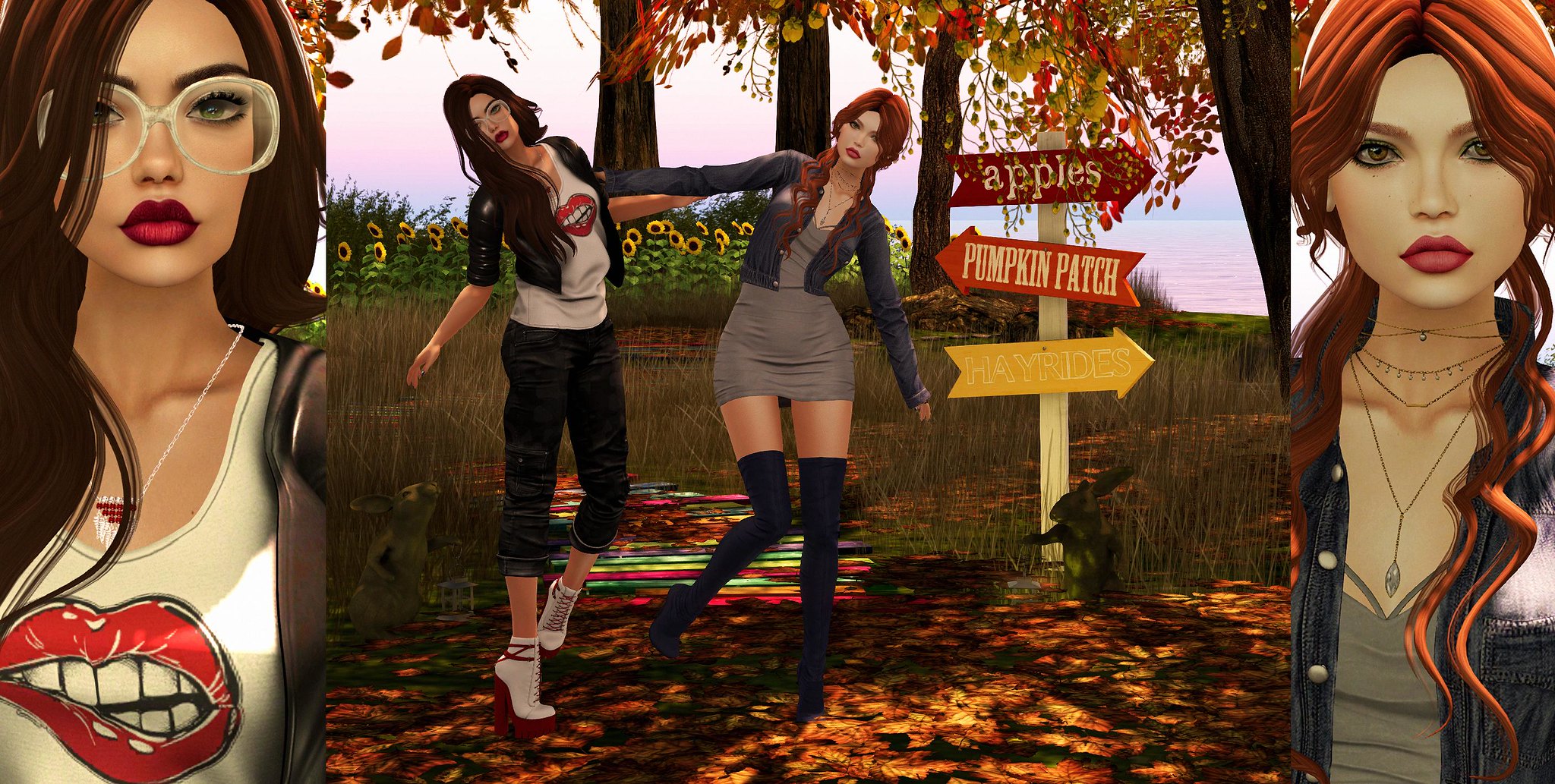 Hey readers! I know I haven’t been blogging as often as I normally would but this summer has been keeping me busy and next week will be no different.  Kiddo and I leave Tuesday for a week to visit my family for what will more than likely be the last time this year 😦 since she starts school in just a few weeks and I have no clue when I can get up there between weather and school.  Alas, I have a post for you tonight featuring so many fantastic items in both home decor and fashion.  Hope you like it!

Pose: An Lar Poses – The Sarah Series @ The Crossroads Event

Hey my lovely readers!  I know I sorta vanished again, I think I’m suffering from Summer brain or something because all I’ve been wanting to do is be in RL and when I’m at the PC playing some Sims4 which I haven’t done in ages.  But, I decided that I had to get back at it today and get a post out to you of some of my recent faves from around the grid.  Before I do that though I wanted to mention something.  My friend Monica Querrien is starting a new sort of support for bloggers.  She is the owner of Moni’s World Blog and is working on creating a place that bloggers can go, hangout, and perhaps make connections with one another and even share mutual frustrations.  Afterall, us bloggers tend to be a rather isolated breed that doesn’t venture out too much.  If you are interested in learning more head over to her blog and check out her info about Blogger Office Hours, which is the current name she is using.

Now on to my picture and credits! After my visit with the family I finally was able to return and snatch up lots of goodies from Summerfest.  I adore this event and look forward to it along with Hair Fair every year.  Several items I’m wearing come from the event along with a few of the decor items.  I also have the fab Hakuna Bar from Chez Moi for Tres Chic and the super pretty and delicate necklaces from Cae for Fameshed.  Hope you like it!

Pose: An Lar Poses – The Oberon Series / For the Upcoming Indie Teepee

Hey! So I’m on a roll the last few days getting things finished up for the month of May with things I wanted to get blogged for you.  Today I have a fab post inspired by the Lagare set from Goose and awesome Modern Belt Swing from Daydreamers.  I then finished off the rooms with items from Floorplan, Convair and Digs.  Hope you like it! 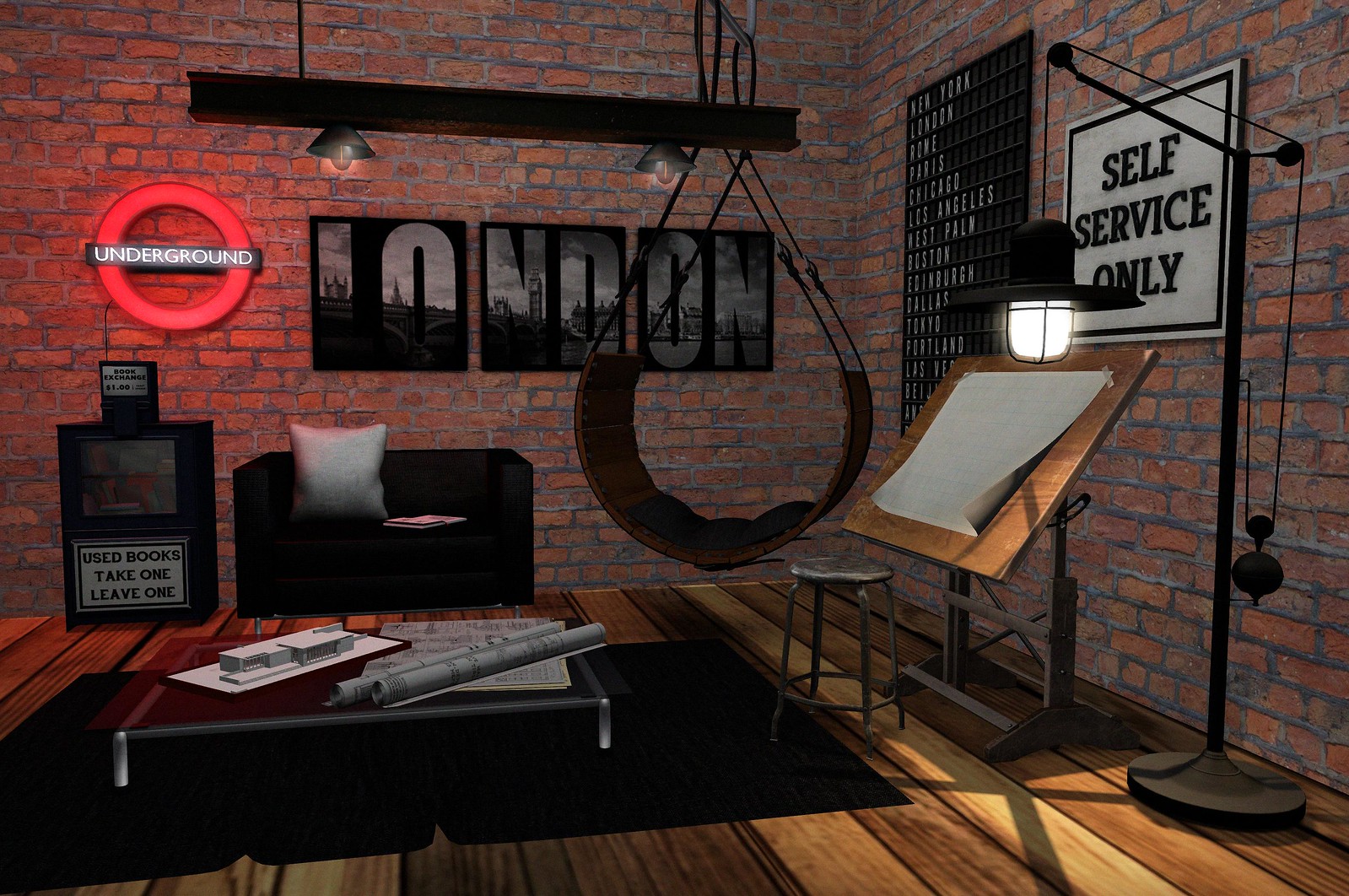 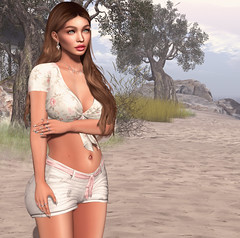 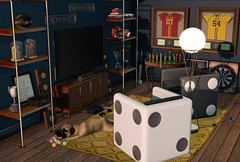 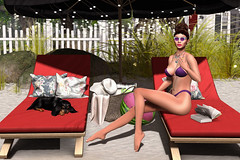